1 Day Tour Itinerary to Remote Koh Ker and Beng Mealea Temples
Morning to the Koh Ker Angkorian site
Koh Ker was the Capital of the Khmer Empire period from the year 928 to 944 AD. In this short time some very spectacular Angkorian temples and immense sculptures were constructed. Left to the jungle for nearly a millennium and mostly untouched, these remote Angkor Temples are really worth a sight; These great archaeological sites has been rarely visited until very recently. 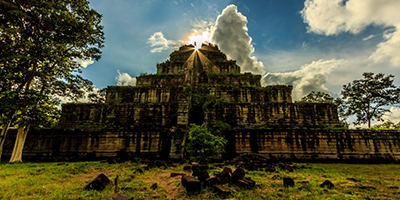 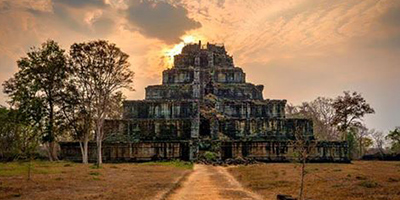 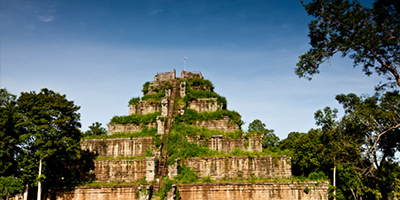 The ancient Khmer city is in a distant jungle location with up to a hundred ruined temples including a 30 meters tall huge stepped pyramid; the largest in the region.

On the way back we stop at a local Khmer restaurant for lunch before heading to Beng Mealea.

It is a spectacular jungle temple around 60 km drive north east of Siem Reap. It is one of the ‘new’ highlights of Cambodia; having only been cleared of mines at the end of 2003. Built by Jayarvaman VII; in the style of Angkor Wat; its scale is huge; being well over one square Kilometer within its moat. Approached by a four causeways, Beng Mealea appears to be a huge pile of rubble partially hidden in the trees.

Cloaked in vegetation and with few concessions to tourism; this temple looks like it would have done had the early French explorers found it. Once you get closer the high walls, the ancient Khmer Architecture reveals itself. 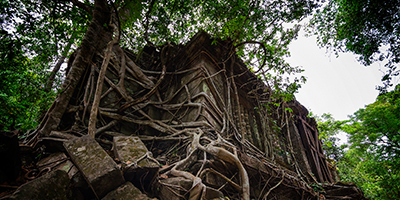 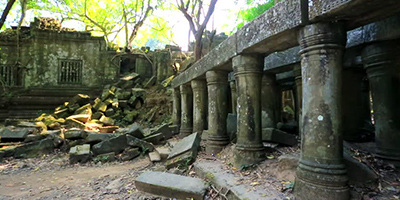 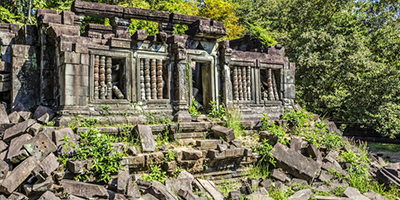 Included in this Remote Temples Tour to Koh Ker and Beng Mealea: